Naan Qalia is an authentic royal dish concocted by the chefs of the 14th century ruler in India. Originating in Aurangabad, Maharashtra, this dish has a whole history behind its origin. The emperor’s decision to move his capital from Delhi to Daulatabad (modern day Maharashtra), resulted in mass transit of people and his army. Since the only means of transit were feet and bullock carts, people were getting exhausted. The camps were made for taking brief halts to get the much needed energy back. This is the time when the royal chefs concocted this ingenious recipe. Because of the large amount of civilians and army personnel, chefs came out with the recipe of Naan Qalia. Naans are baked on the open clay ovens and were smeared with turmeric water so that they stay fresh for a longer period of time and also the golden hue was appealing to the eyes. Qalia was prepared by mutton and various local spices, all mixed together in the caldron also known as degh. The mutton juices fused together with the variety of spices brought out the best tasting mutton gravy and they called it Qalia. This dish remained in the hearts of the families at that time and later on they passed it down to generations. Today Aurangabad boasts of this delectable dish and no weddings and celebrations are even thought of without Naan Qalia being the main dish. Though the variations are common in Naan Qalia but these variations only enhances the flavor. 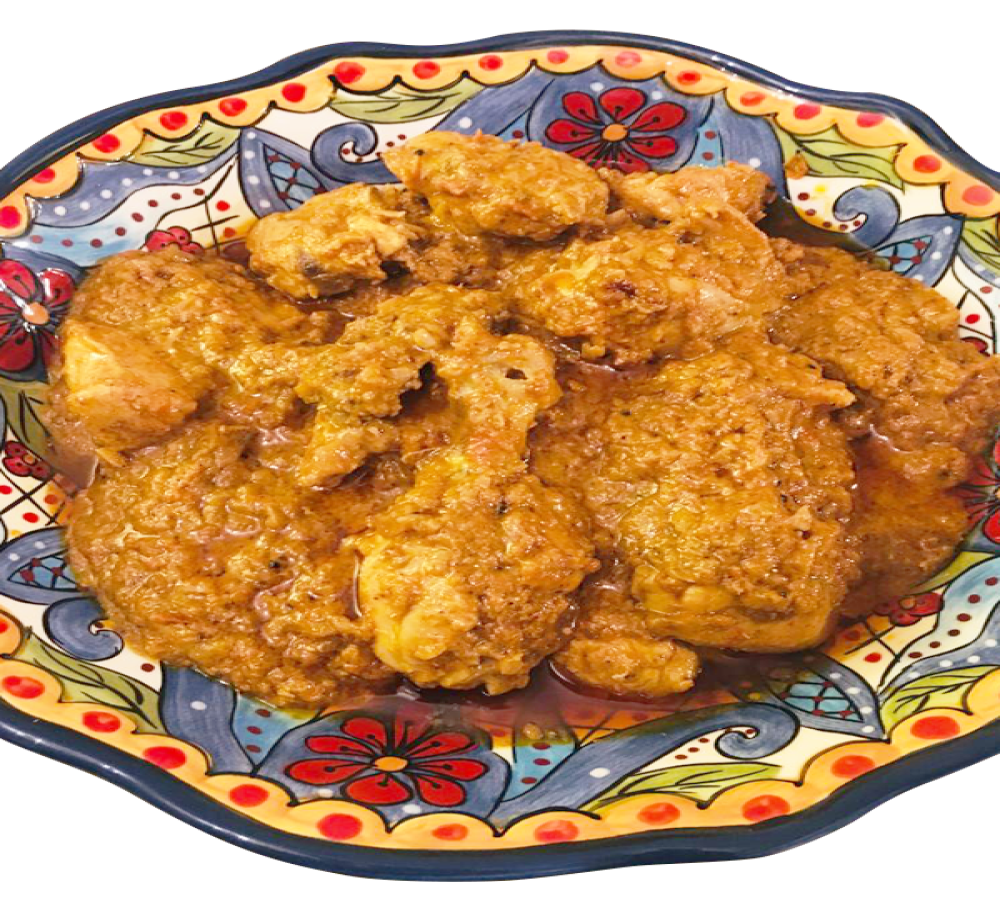 The major flavor booster ingredients in Naan Qalia are 3- bhilwale ki Chironji (a tiny nut flavored seeds), desiccated coconut and poppy seeds paste and brown onions paste. Coconut and poppy seeds are symbolic with Maharashtrian cuisine and chironji is grown in abundance in Aurangabad. So here is the complete list of ingredients needed for this super delicious Mutton Naan Qalia.

The steps involved here in Naan Qalia recipe are very simple. The above preparation will make these steps super easy too.

Step 1 – Heat oil in a deep bottomed pan or caldron. Add the meat mixed with onions and keep frying it.

Step 2 – Add the ginger garlic paste and keep on stirring it.

Step 4 – Mix them well and keep on frying by adding little water. Now add enough water to cook and cover the lid. Simmer the flames to medium low. Let the mutton cook here with spices till it’s partly tender. Keep stirring it a couple of times so that it doesn’t stick to the bottom of the pan.

Step 5 – Remove the lid and add the whisked yogurt. Mix it well together and let it cook again for 10 minutes. Cover it with lid again.

Step 6 – At this step mix the ground paste of coconut- poppy seeds, chironji, and brown onions. Mix everything together. Adjust the water for the gravy at this point, also adjust the salt if need be. Cover the lid and let it cool again for another 15 minutes on low flames.

Step 7 – Garnish the Mutton Naan Qalia with slitted chilies, fresh coriander leaves and sprinkle Garam masala over it. Cover the lid again and let it cook for 5 minutes. The delicious Naan Qalia is ready to be served.

If you don’t want to make Naan Qalia from the scratch but still want the traditional authentic taste then Lucky Masale Naan Qalia mix is the way to go. Naan Qalia masala by Lucky Masale is one of the best available in the market. Lucky Masale products are low on sodium and they use the best quality spices and herbs. The recipe of Lucky Naan Qalia Masala is succinct and is printed at the back of the packet. Here find a summarized recipe of the same.

The delicious Lucky Naan Qalia is ready to be served. Relish this delicacy with Naans.

Naan Qalia is best served with authentic Aurangabadi naans, but it can also be served with any baked Naan. The traditional way is to shred the naans into small pieces and then put them in the bowl of Qalia. Once immersed completely in the gravy eat it either with spoon or with hands. You can also enjoy the Naan Qalia with rice pilaf at the side. Don’t wait and try this super delicacy from Aurangabad. Whether you try Naan Qalia from scratch or with Lucky Masale spice mix, you’ll not be disappointed in this mesmerizing dish full of history.