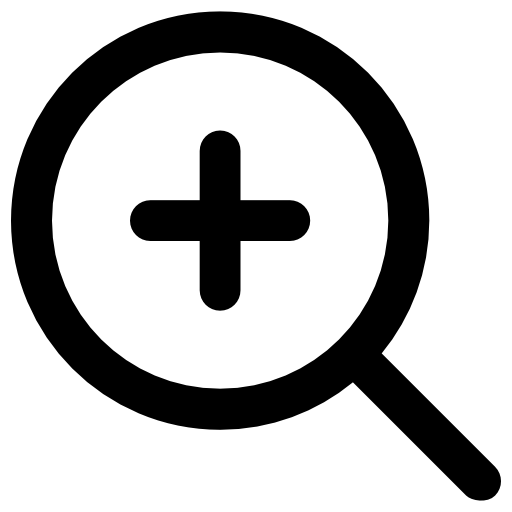 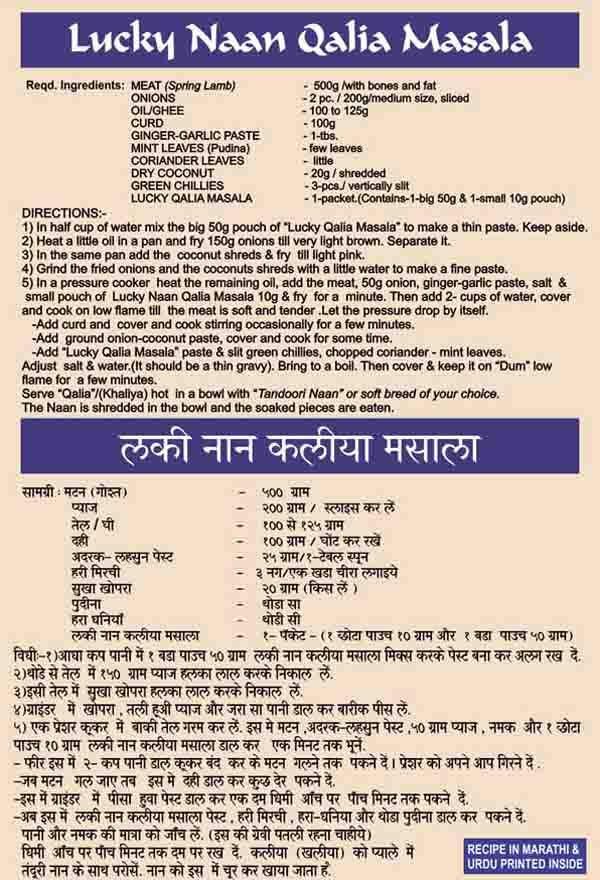 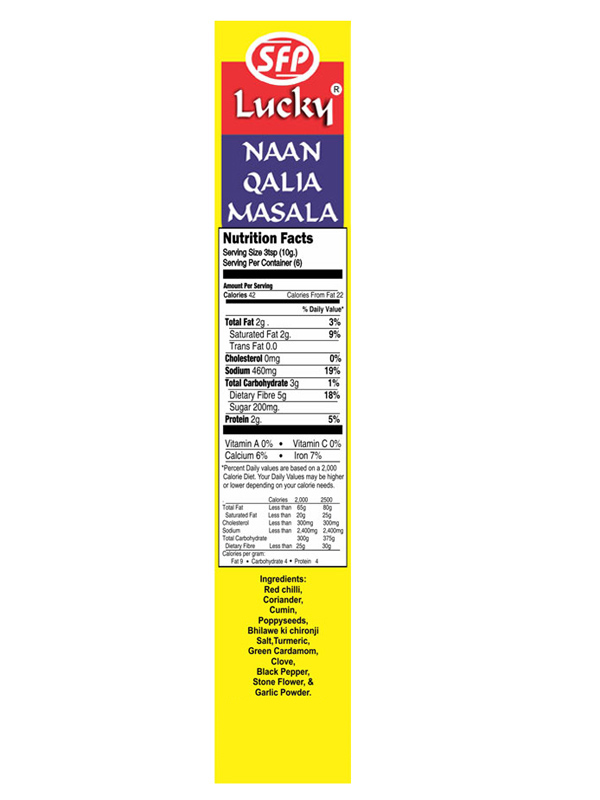 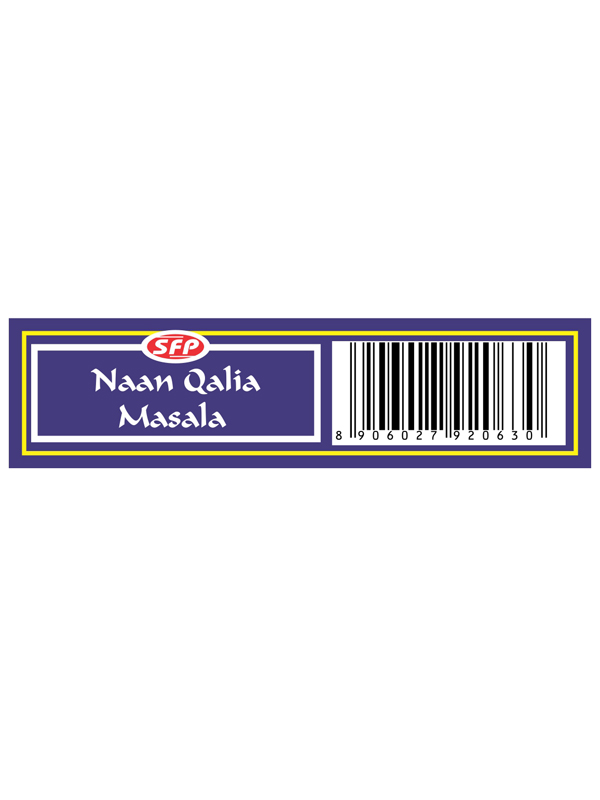 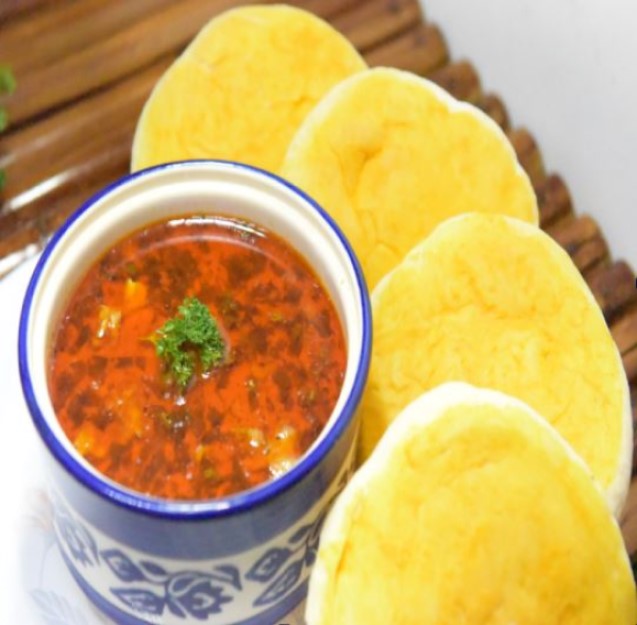 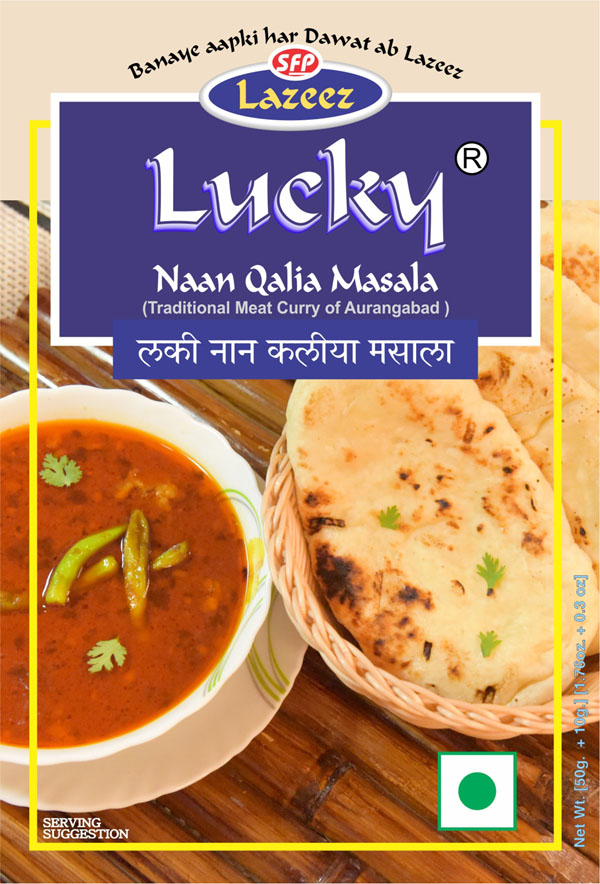 Review Ingredients Recipe
Naan Qalia is an authentic, traditional dish originally coming from Aurangabad, Maharashtra. Naan Qalia is an ingenious dish concocted by the Chefs for the royal army of the 14th century ruler of India. This dish is generally popular in weddings in Aurangabad and has a unique and amazing taste.
Naan Qalia as the name suggests is the combination of two things – Naan ( baked Indian bread) and Qalia (thick mutton gravy). The dish is an amalgamation of mutton, spices and oil. The mutton is simmered on a caldron (degh) with the finest Indian spices and oil. The slow cooking allows the juices of mutton blend together with the spices for the delectable flavor and mesmerizing aroma. he quality of Lucky Naan Qalia Masala is truly unmatched. Here are the product details :-

♦ Ready made spice mix for making mutton or goat gravy / stew or thick in few simple steps. No preservatives, no MSG, low in sodium.

♦ The process of cleaning, drying, and packaging is all done hygienically under strict supervision and according to international standards, At Lucky Masale we take pride at using the finest quality of whole spices and herbs from the best fields in India.

How to use Naan Qalia Masala?

The delicious Lucky Naan Qalia is ready to be served. Relish this delicacy with Naans.
Tip :- To cut down the cooking time, one can always use pressure cooker