Garam Masala is a quintessential spice mix which is ubiquitous in every Indian household throughout the world. As the name suggests Garam Masala literally means “warm spices”. The northern states in India gets extremely cold during the winter season, hence the weather plays a principal role in the choice of food also. Since the temperatures fall drastically during this season, the more hot and soupy dishes becomes more cherished in the households. These dishes are sprinkled with Garam Masala to enhance not only the flavor but also to add a very heavenly aroma. The warmness of the many spices used in Garam Masala can be easily felt in these dishes. The Garam Masala recipe is super simple and easy to make.

The question often pops up – what is Garam Masala actually made of? The answer is simple. Garam masala is the concoction of exotic Indian spices which are ground together to get an exemplary mix of spices. Now the entire goodness of Garam Masala depends on the right proportion of the spices used. Here it’s imperative to mention that every region in India has its own version of Garam Masala and also every household has their own style of Garam masala recipe. One thing remains unchanged and that is the beautiful aroma that it imparts. The spices used in Garam Masala recipe have their own distinct qualities and taste and it makes Garam masala quite savory. The spices which are mostly used in the Garam masala are as follows:-

These are the most famous spices that are used in Garam Masala recipe, but as every region and households have their own ways of making it there could be an addition or omission of the spices in the above mentioned list. With these spices one can make the best homemade Garam Masala.

How is the taste of Garam Masala?

Garam Masala is the amalgamation of the above mentioned spices, hence the taste of Garam Masala is the combination of hot, sweet and savory. The spices used in Garam.
Masala recipe have distinct taste. Coriander seeds and black cardamom have very earthy smell and taste. These impart a very rustic aroma in Garam Masala. Green cardamom and cinnamon helps bring in a little sweetness. Peppercorns and cloves are hot spices and they bring the much needed pungency in Garam Masala. Now these spices can very well be adjusted according to one’s own preference.

How to use Garam Masala?

Also make sure to clean the spices for the hygienic purposes. The whole spices that we would be using to make the Garam Masala needs to be thoroughly cleaned. The cleaning part is not at all hard, but is a must as it ensures that no worms or any insects are mixed in the powdered form. Here are some of the easy steps which can be kept in mind while preparing the whole spices:-

Make sure to open the green cardamoms and black cardamom and take the seeds out. This step ensures that the cardamoms are clean.

Though consumption of Garam Masala is not done consciously by people, but adding it in the food definitely helps one in certain ways. Using it in small amounts not only enhances the flavor of the dish but also gives health benefits. Though it doesn’t bring a drastic change in one’s life but surely it is a healthy spice mix which should be used in moderation while cooking.

Why Homemade Garam Masala should be used?

These days readymade spice mixes are readily available in the market. Garam masala is also one of those spice mixes. People do use readymade Garam Masala because of the lack of time. But I prefer homemade Garam

Masala because this way I know the ingredients going in it. From the store bought Garam Masala the right quantity of the spices used is not known. Some readymade Garam Masala have so much pungency that the real aroma and taste is lost. The homemade Garam Masala has an edge over the store bought as the right proportion of each and every spice is known to you. Secondly, the shelf-life plays a vital role. The store bought Garam masala will not be as fresh as the homemade because once the spices are ground their shelf life decreases. The aroma and flavor won’t be the same.

How to make Garam Masala at home from scratch?

Making Garam Masala at home is the easiest. Here is the ingredients list in the right proportion:-

Dry roast all the above mentioned whole spices in a pan.
Let it cool for some time, and then in a dry grinder transfer the roasted spices.
Grind them in a fine powder. Use it right away or it can also be stored in an airtight jar for further use. 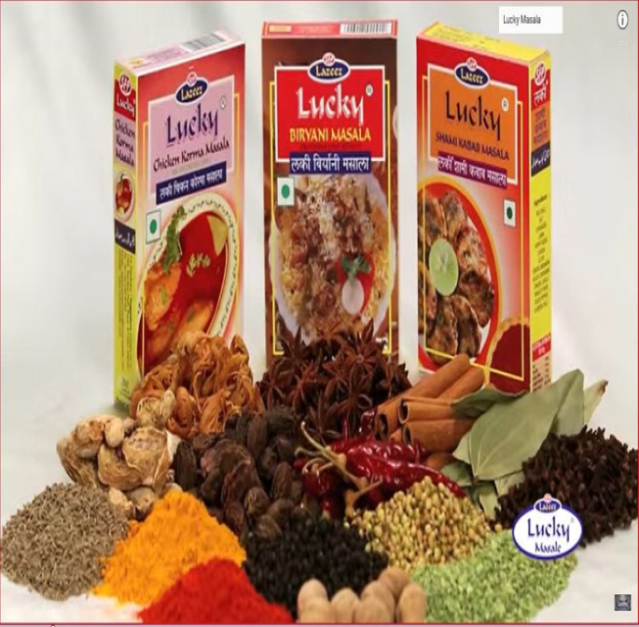