5 Masala Combos to Have Always in Your Kitchen

Indian Cuisine is a delicious combination of bold, exotic, aromatic and palatable dishes. Curries and dry dishes, Indian Cuisine has a wide range of dishes that one can satiate their taste buds. But when it comes to cooking Indian dishes, the main concern arises and especially for a beginner, that Indian dishes are very complex to cook. Yes, Indian dishes may look like a pretty daunting task to cook because of the diverse use of Indian spices. But once a person gets to know about these exotic Indian spices, cooking is not that difficult then.

Knowing the Indian spices and the right use of these spices makes the cooking of Indian dishes much easier. The basic spices, which are a must for anyone’s kitchen and a good start for cooking Indian dishes are not many. Here is the link of the blog of must have spices in your kitchen – Top 5 Masalas to Always Have in Your Kitchen to Make Indian Food.

At Lucky Masale we take pride at using the finest quality of whole spices and herbs from the best fields in India.

With these 5 Masala Combos, cooking Biryani and Pulao and chicken/meat Masala will be a lot easier. The recipes are succinct and are so easy to follow. They are clearly printed at the back of the packets. With Lucky Masale spice mixes, one doesn’t have to worry about using the exact proportion of the spices, as each packet has the right ratio of spices used for meat. Lucky Masale 5 Masala Combos consists of these Masalas:-

Mutton Biryani is an aromatic, flavorful and mouthwatering dish popular not only in India but all around the globe. It belongs to Indian Mughlai cuisine. This delicious Indian dish is known for its succulent meat layered with long grain basmati rice. The layering of Mutton gravy with the rice makes it a complete dish, and it is enjoyed by every age group. Lucky Masale Biryani powder is the perfect blend of spices which gives an authentic, traditional taste to the dish.

The recipe is quite concise and is printed at the back of the mutton Biryani Masala packet. A summary of the detailed recipe is here:-

Chicken Biryani is the most favorite dishes amongst the food lovers. Though originally from Persia, in Indian subcontinent Biryani has got several variations in its cooking techniques. Chicken Biryani is a complete meal in itself as the gravy of succulent chicken pieces is layered with long basmati rice. Lucky Chicken Biryani Masala powder is an amalgamation of the best Indian spices and herbs which gives a savory, delicious taste.

The printed recipe at the back of the packet is both succinct and easy to follow. Here find an overview of the detailed Lucky Chicken Biryani Masala recipe.

Meat Masala is a very delicious and cherished dish in Indian subcontinent. Each region in India has its own version of Meat Masala. These variations depends on the local availability of the spices in that particular region. But one thing is certain that Meat Masala is a winner in every part of the country. Meat masala is locally made by the recipes handed down through generations. People also use the concocted meat masala for the egg curry and also for other vegetarian curries. Lucky Meat Masala is the perfect blend of the Indian spices which gives the rustic flavor to the mutton gravy. Lucky Meat Masala is the fusion of aromatic gravy with succulent mutton pieces. Again, the vegetarians can easily use this Masala for their vegetarian curry dishes. It comes with three individual pouches of 20g each. The fact that it comes with 3 individual pouches makes the cooking super easy and it takes the tension away of using the right proportion of spices.

The recipe of Lucky Chicken Masala is pretty easy to follow and is printed at the back of the packet. Here is a brief summary of the recipe.

Yakhni Pulao is a delectable rice preparation where long grain basmati rice is cooked in a delicious stock made with Mutton or Chicken and infused with spices. With lucky Masale yakhni pulao be sure to attain the same traditional taste with very easy to follow recipe and divine aroma. Lucky Yakhni Pulao Masala also comes with the muslin cloth to make a “potli”. Yakhni Pulao is best served fresh with Raita (condiment made with curd and vegetables).

The recipe of Lucky Yakhni Pulao is very easy and is printed at the back of the packet. Here find a summary of the printed recipe.

These five Masala Combos by Lucky Masala is a precious gift anybody could have asked for. The super easy recipes makes cooking a breeze. These spice mixes are the perfect concoction of finest Indian spices and dried herbs. Now making the delectable Indian dishes are not at all strenuous. Don’t wait order your Masala combo now. 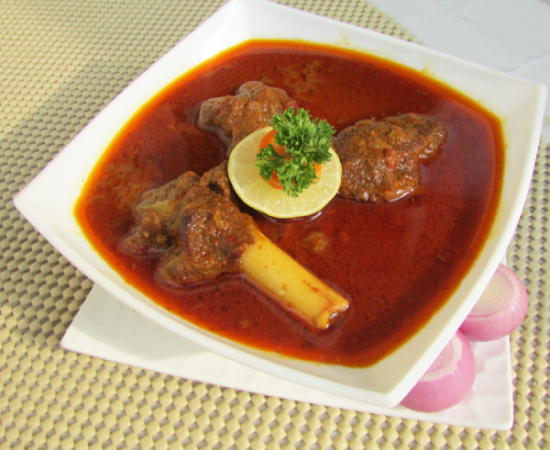